This meeting is taking place at a very difficult time, and members should be considerate to each other in raising their concerns.

(Posted to Slack by: dpslwk @ 7:17 PM) from the Articles: https://wiki.nottinghack.org.uk/wiki/Nottingham_Hackspace_LTD

This is the end of this section. 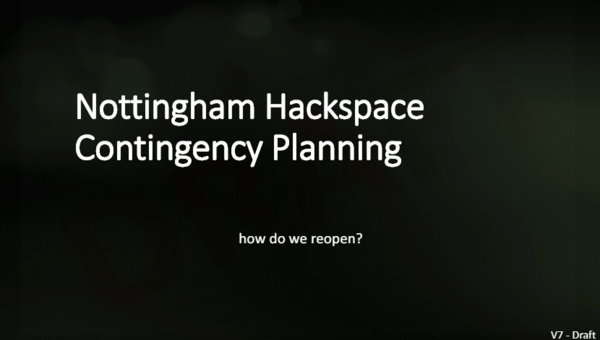 Notes on that presentation:

Gareth thanking everyone for attending and contributing this evening.