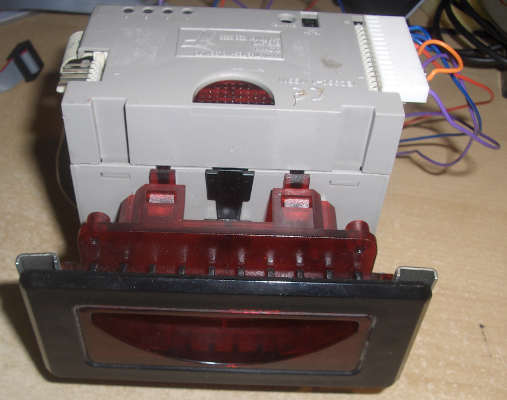 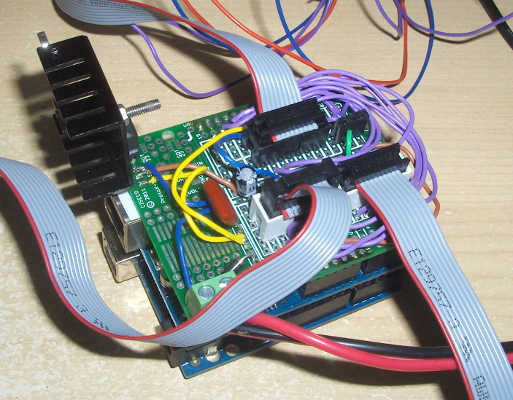 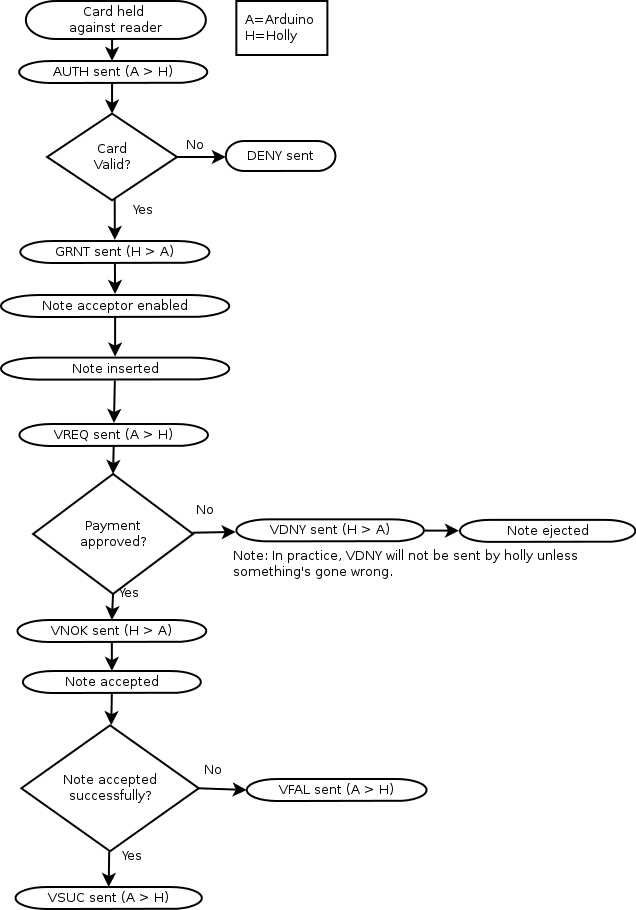 The finished note acceptor currently lives in the Members Storage room, next to the jar previously used for payments. 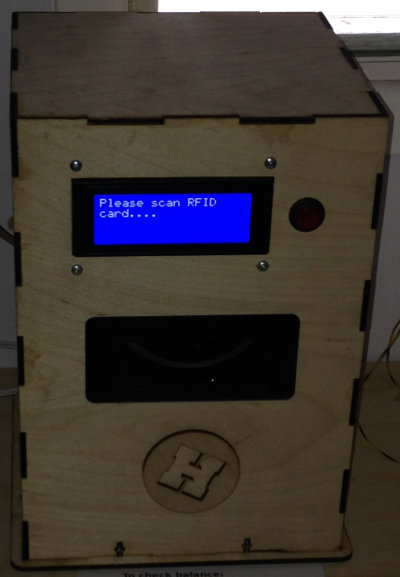 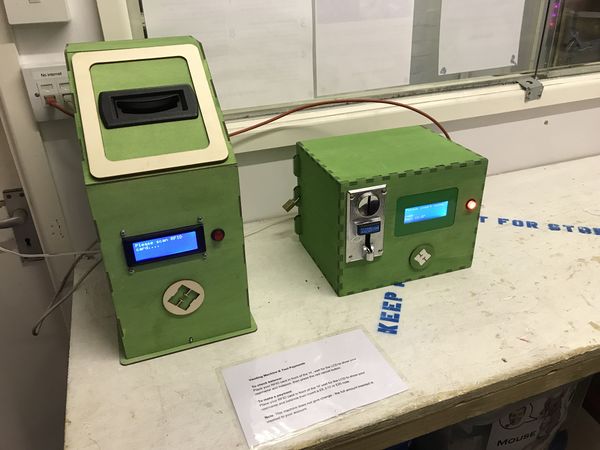