We now have two versions of the custom cashless device:

The nanode is connected (using software serial) to an RFID reader mounted under the 'H' logo on the outside of the Vending machine. There is also a micro-switch attached to the coin-reject mechanism (to allow any RFID card read to be cleared from memory), and a blue LED above the reader to indicate when a card has been read & recognised. An LCD to show your username & current balance was added in July 2013.

Firmware for this device is in GitHub. 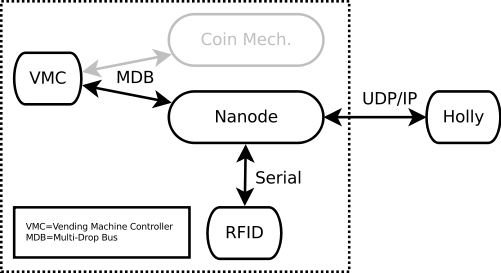 The second cashless device uses a cutom PCB using the SAM D21 MCU (as used in the Arduino Zero), and has numerous changes, including: 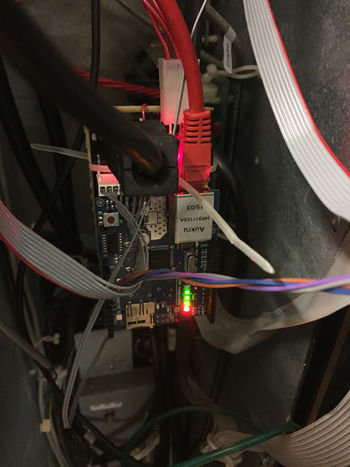 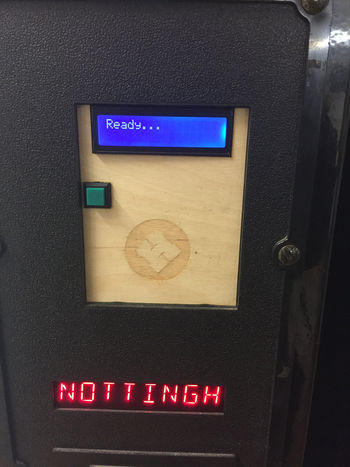 Firmware for this version is also in GitHub.

To keep things simple, the interface to holly is text based; the sequence of messages is shown in the flowchart below: 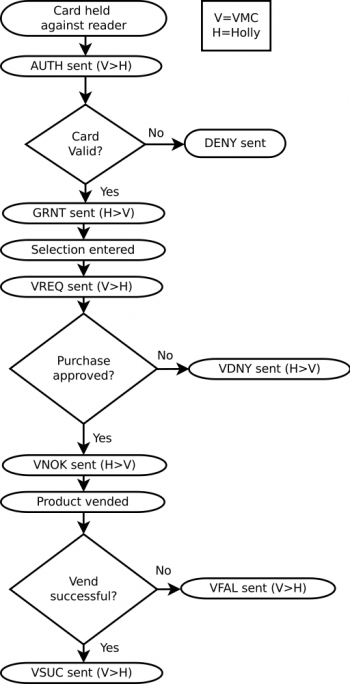 The code of the server side component is on Github (the relevant part is nh-vend.cpp). This code is common to both v1 & v2 of the cashless device, and also handles payments received via the NoteAcceptor & CoinAcceptor.