From Nottinghack Wiki
(Redirected from Project:Han Solo in Carbonite)
Jump to navigation Jump to search

A quick project I completed this afternoon whilst waiting for some wood glue to dry on another project. The main reasons for completing the project were to test out generating tool paths from an STL file and testing Tool Changes on the Hackspace's CNC Mill.

The software used to generate the tool paths was Fusion 360. The model was taken from Thingiverse [[1]]

The Job was set-up as per the images below.

First tool used was the 6mm ball nose cutter. This larger tool was used to hog out the majority of the material leaving just 0.5mm all around for a finishing cut.

The second tool used was a 3mm diameter ball nose cutter. This smaller tool was able to get into more of the corners and hence increased the detail of the carving. I decided to use a parallel 3D finishing cut here. Seemed to give OK results but if I was to repeat this project I would definitely decrease the step over to try and improve the surface finish. The value used in this example is 1.5mm. I will try 1mm or less when using this tool next time.

I forgot to get a video of the roughing cut but here is a video of the finishing cut. To ease resetting the tool heights between operations I exported both operations as seperate G-Code files. Follow the G54 instructions on the CNC Mill page for info on how to set the Z Height.

I cut the part out of the rest of the plywood stock using the band saw in the Dusty Area and lightly sanded the edges. I did do a light sand of the machined faces but didn't put any real effort into preparing the surface for paint. So, what you see here is effectively what a 1.5mm stepover value will give you straight off the machine. 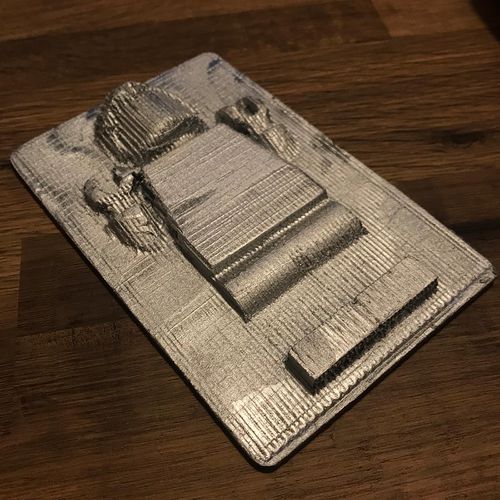 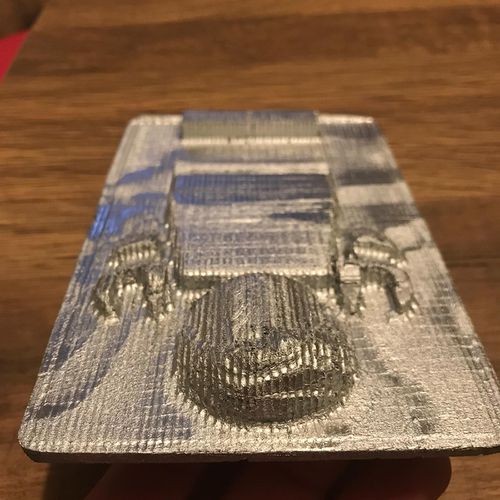 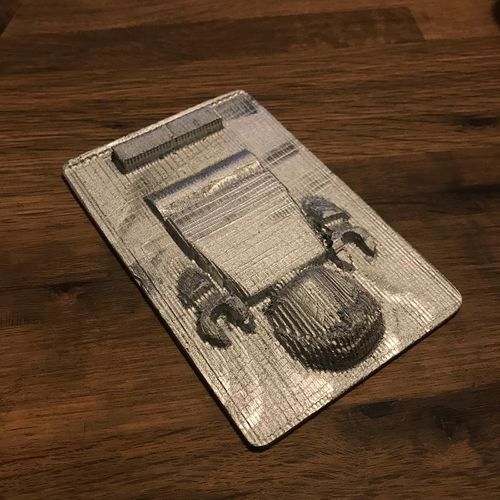 Some improvement work needed but not a bad result!