On Sunday 29th May 2011 we held the first Big Open Day Event as a celebration of the new Hackspace "2.0" and a publicity/recruitment opportunity. It was a great success, attracting many visitors and new members. Guests were invited to attend from other Hackspaces and the event was widely advertised locally & nationally.

The day was split into two parts.

The 1st Part: Members, friends and guest of Nottingham Hackspace brought projects/items of interest etc to show to the general public. There were demos, presentations, and tours of the Hackspace. 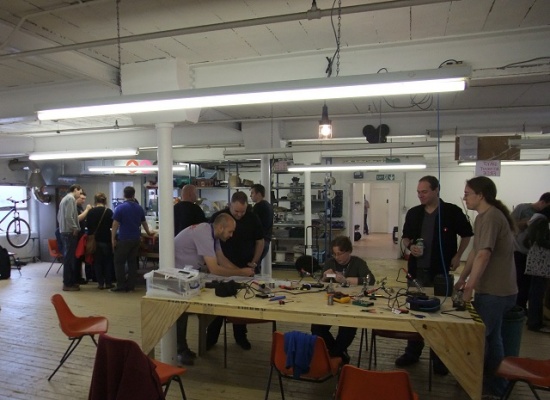 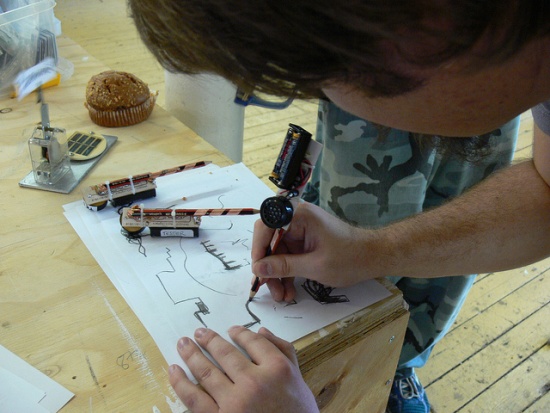 Drawing with a Drawdio 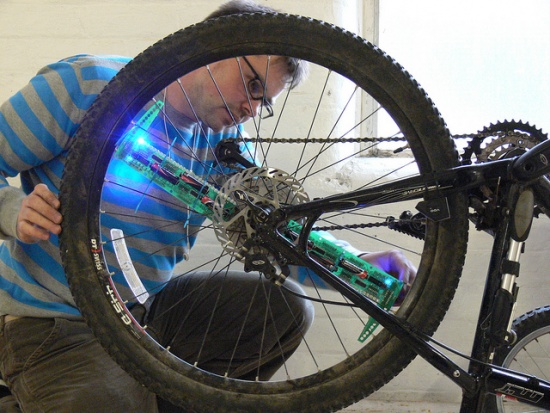 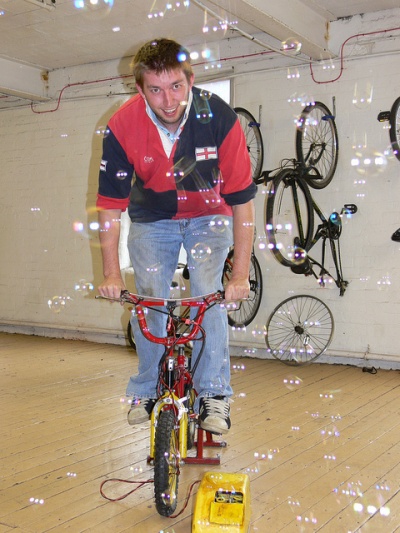 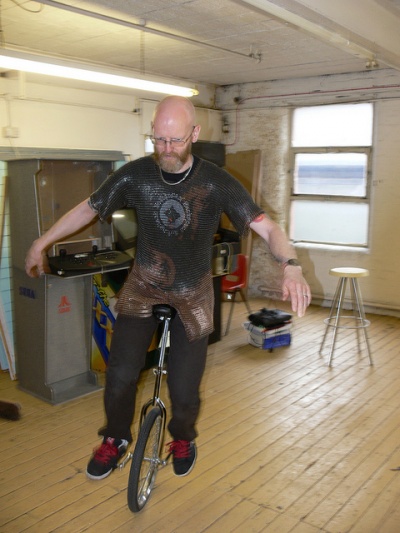 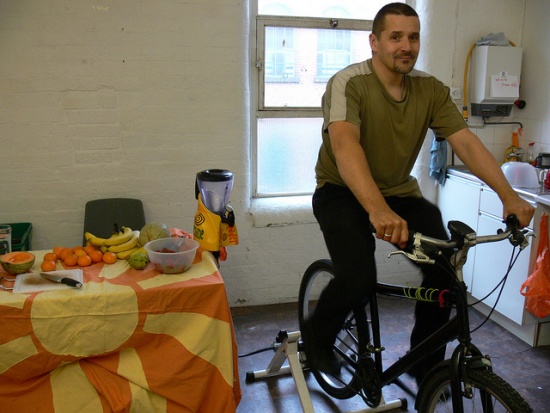 And in the kitchen there were peddle powered smoothies

In the interactive area visitors had a chance to try lock picking, crochet, and chainmail making, and the knitting machine was on display. 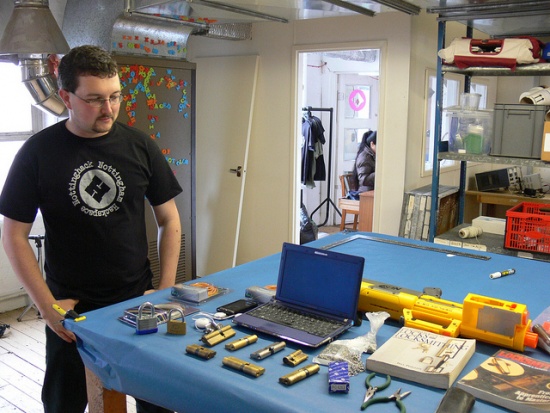 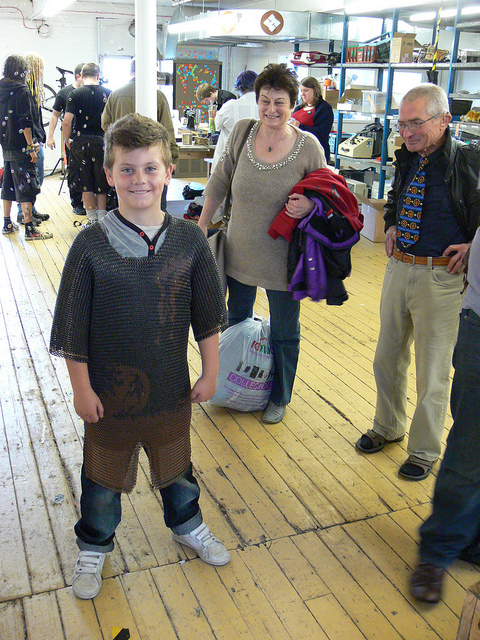 Visitors could try on chainmail. 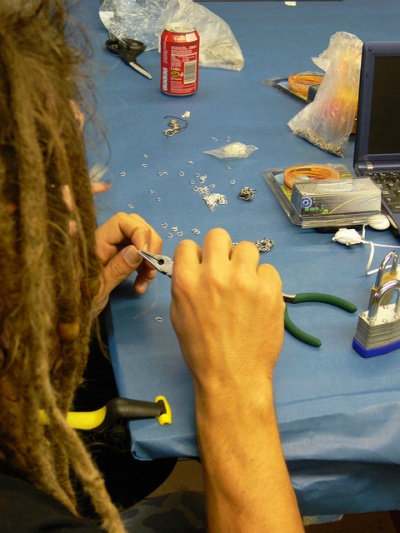 And there was also a chance to make chainmail.

Meet the Hackers/Members Area in Studio

Nottinghack members and others from Northackton demonstrated their projects in the studio. 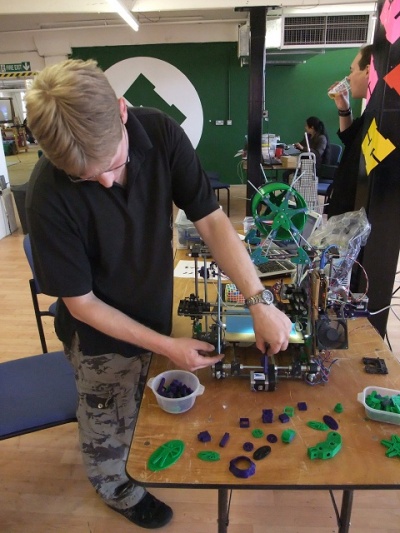 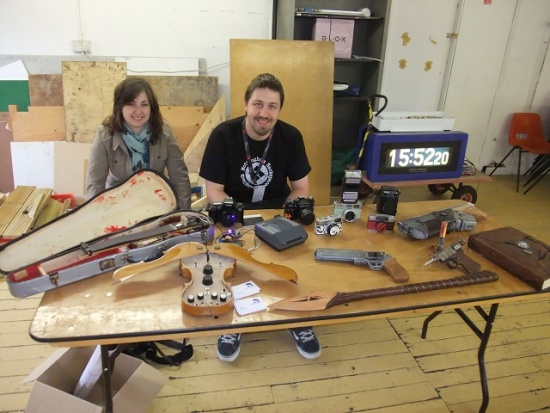 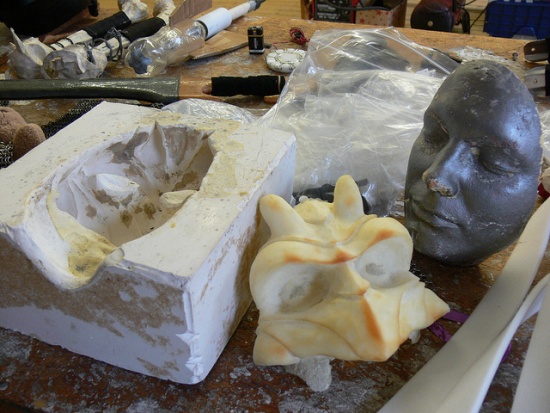 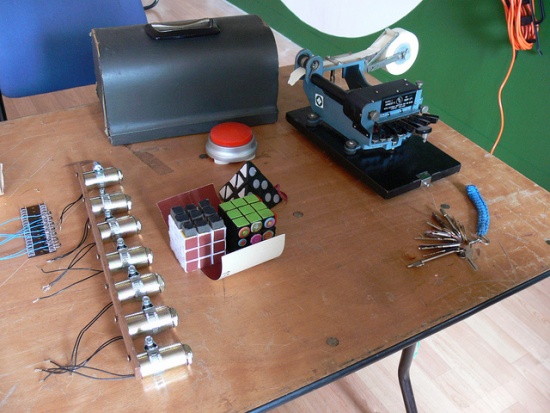 If you have good photos that were taken on the open day, please upload them and let us know.

The open day gave us the impetus to get lots of things finished off. In addition to all the projects listed above, many people helped with preparation for the event. 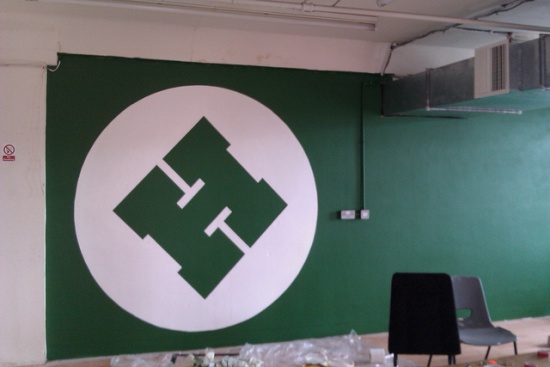 If you're name is not here then that's just because we didn't keep records. Thank you all!