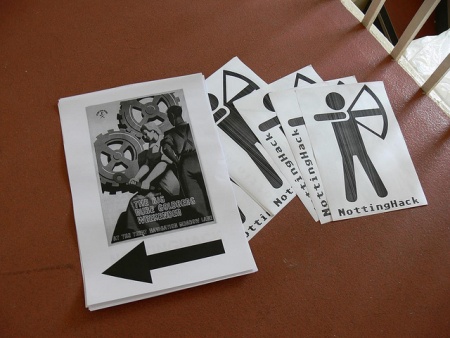 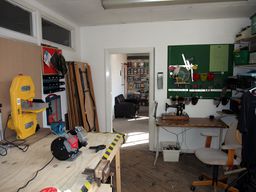 The first Nottingham Hackspace was based inside the The Art Organisation. It started as just one storage room, but expanded into a small workshop with a larger office space.

Hackspace 1.0 was located at The Art Organisation (TAO).

Open Hack nights were held in Hackspace 1.0 and still are today at our current location! 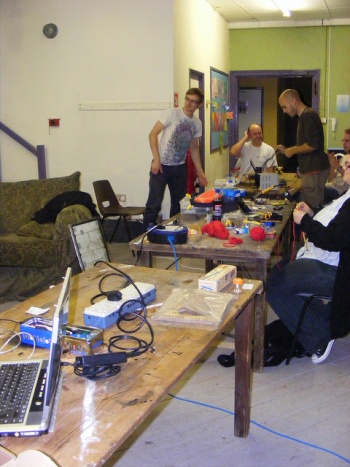 When we first learnt that we were being evicted from Hackspace 1.0 we initially planned to move into the basement of The Art Organisation, which had no windows. After that fell through, number of other locations were considered, including Queens's Bridge Road and Nottingham Co-Operative Society Bakery. Finally, Roden House near Sneinton market was chosen.